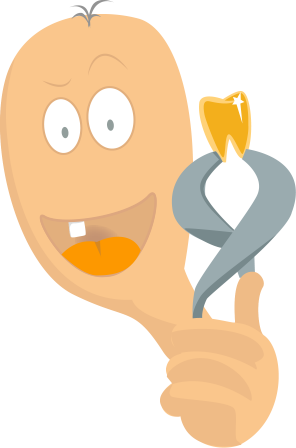 My name is Anastasia. Back in October last year I moved to Poland and seemed to be safe. Now I'm back in Poland and I feel... or rather I don't feel anything at all. Although this is nothing compared to what we experienced in Chernihiv.

On February 24, 2022 I was in my native city Chernihiv. I was visiting my family. I was packing my suitcase for a trip to Egypt and making plans for March. I even had decided to fall in love this spring :)

But fate seemed to have other plans for me.

In the morning we woke up to the pounding news on TV and omnipresent panic. All day we were walking around in bewilderment while hearing the air raid sirens and hiding near the nearest basement, still hoping that this madness would be over in 3 days. We didn't believe that this war was a reality in 2022. We didn't believe that people were capable of creating such hell for their neighbouring country!

Our optimism began to fade when the russian artillery started shelling and we got bombed from the air. We did not understand the strategy at first and tried to anticipate the tactics of these idiots. It turned out that there were no tactics. They just shot systematically wherever they could. They were shooting at houses, hospitals, monuments, stadiums etc. But no one believed their house could be next. We heard explosions in the basements and only guessed how far away those explosions were. At first there were a lot of people in the basement. We finally got to know our neighbors. Gradually people got used to it and didn't even come down after sirens anymore. But me and my parents did. I slept in the bathroom. There I could sleep for at least an hour or two a night. Otherwise, I would get freaked out to get injured by broken glass in case of a nearby explosion. The sirens were getting more and more frequent, and sometimes we only had time to run home for ten minutes to grab a bite.

Sometimes we slept in the basement because it was too scary to get back in the middle of the night during the curfew. Sometimes we ran back home as fast as we could, because we couldn’t feel safe in the unprotected basement.

We managed to leave the city only on March 14, which was our third try. We didn’t want to leave our home and our close ones. But for us everything there seemed like hell.

The first time we left, we got caught under fire in Ivanovka. A shell exploded in front of us and a crossfire was heard and seen. In a nutshell it was a nightmare. It all happened so fast, I still can't believe what happened to me and that it was not an actual action movie. With God's blessing, we got out without a scratch. But we were utterly petrified.

The next thing we knew, on the same day, our house was gone. It had been bombed by prohibited enemy weapons from the air. The first time an airplane flew over us. Also nobody understood anything. There was a big bang and the whole house shook. We were in the basement at that time. The sound was beyond reality. Very loud but very thud sound at the same time.

It was just that famous neighborhood in Chernihiv, with a torn-down panel on Chernivol and a new 14-story building. I bet you saw it in the news or on Instagram.

The three of us were in the basement, believe it or not. Just us. Everybody was at home. Everybody got used to it and thought it wouldn't happen to them. There were people queuing up and walking down the street. One woman got torn in half. In short, pure horror. It was like a disaster movie.

Everyone started running out, glass and debris everywhere, balconies collapsing and you could hear the walls of houses that were still falling for a while. Some apartments were on fire. And the panic was so insane that I thought `I’ll go nuts`. Well, that was the turning point.

Everything shattered inside with a thump and I stopped feeling any reality. And the black hole inside just burned out. It's still there, that hole. Well, no drama, it was fucked up. I never felt so helpless.